SreePadmanabhaswamy Temple is located in Thiruvananthapuram. The temple is built in an intricate fusion of the indigenous Kerala style and the Tamil style of architecture associated and a 16th-century Gopuram. The Supreme Principal Deity Para brahman, Maha Vishnu is enshrined in the “AnanthaShayanam” posture, the eternal yogic sleep on the serpent Adisheshan. SreePadmanabhaswamy is the tutelary deity of the royal family of Travancore. Recently, vast treasure was unearthed from the vaults inside the temple making it richest temple in the world. 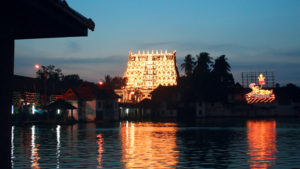 Thiruvananthapuram Zoo is one of the oldest of its kind in India. SwathiThirunal Rama Varma, who ruled Travancore between 1830 and 1847, established a menagerie where royal tigers, panthers, cheetahs, deer, boar, and other wild animals were kept. His brother UthramThirunal and British Resident William Cullen formally established the zoo in 1857 as an annex to the Napier Museum. The zoo was originally built with the typical iron-barred cages prevalent at the time, and was designed for recreational purposes, but with increased loss of forest and wildlife due to human development, the goal of the Zoo has changed from recreation to conservation. 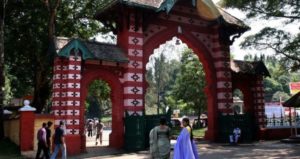 Napier Museum is a landmark in the city with its unique ornamentation and architectural style with gothic roof and minarets. The Indo-Saracenic structure also boasts a natural air conditioning system. The museum houses a rare collection of archaeological and historic artefacts, bronze idols, ancient ornaments, a temple chariot and ivory carvings. It also contains the SreeChitra Art Gallery, which contains works from Raja Ravi Varma and Nicholas Roerich, as well as examples of Mughal and Tanjore art. 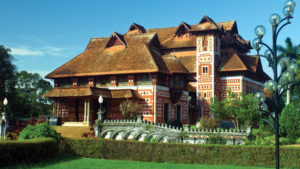 Kanakakkunnu Palace is situated in Thiruvananthapuram near the Napier museum. Today the palace and its sprawling grounds are the venue for many cultural meets and programmes. An all India Dance Festival (October to March) is organised by the Department of Tourism every year. 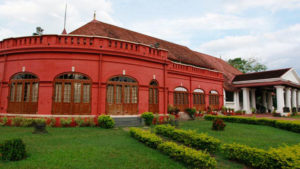 Here you get to enjoy the scenic beauty of the lake, which is adjacent to a beach. The Veli Tourist village is connected to the beach by a hanging bridge. It has park, playground, floating cafe & sculptures. You can also undertake boating here to get to know the charm of nature up close. 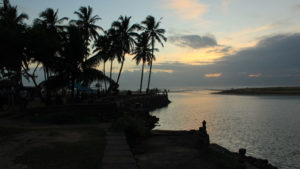 Neyyar dam is a gravity dam on the Neyyar River in Thiruvananthapuram district of Kerala, South India, located on the foot of the Western Ghats about 30 km from Thiruvananthapuram. It was established in 1958 and is a popular picnic spot. Lying against the southern low hills of the Western Ghats, Neyyar Dam has a scenic lake. Other attractions here are boating on the water, deer park, wildlife and Crocodile rehabilitation and Research centre. 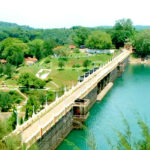 There are two monuments, which are considered as the earliest Jain monument in the southernmost part of India from first century BC to sixth century AD. A natural cavern formed by overhanging rock has a bas-relief sculptures of Jain Tirthankaras, which were carved in later phase. The relief of Parshwanatha and Padmavati in standing figures canopied by multi-hooded cobra with attendant figures of Yaksha. The figures seated in ardha-padmasana pose in each niches with three tiered parasol is that of other Tirthankaras (possibly of all 24 Tithankaras). There are three standing figures of Tirthankara on of the left corner. There is also a central figure of Mahavira. The cave is a monument protected by Archaeological Survey of India. 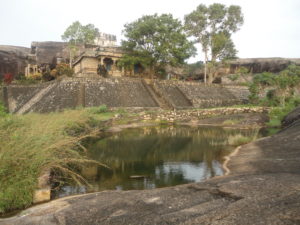 Kovalam is a small coastal town in the southern Indian state of Kerala, south of Thiruvananthapuram. At the southern end of Lighthouse Beach is a striped lighthouse with a viewing platform. Palm-backed beaches also include Hawa Beach. 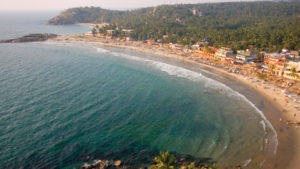 Kuthiramalika (Mansion of horses) is a palace built by SwathiThirunal Rama Varma on the south-eastern side of Padmanabhaswamy temple, Thiruvananthapuram.The palace gets its name from the 122 horses that are carved into the wooden wall brackets that support the southern roof. Built in the 1840s, Kuthiramalika is an example of traditional Kerala architecture, with its typical sloping roofs, overhanging eaves, pillared verandahs and enclosed courtyards. 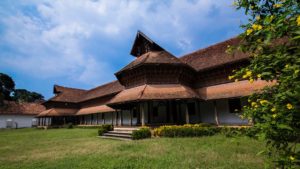